Physical Arrange viewings is always been attractive to listing clients. Just fill out the form to arrange visualizations around our listings.

The EMEC grid-connected wave test site was constructed in 2003, and is ideally placed on the western edge of the Orkney mainland, at Billia Croo outside Stromness.

Subjected to the powerful forces of the North Atlantic Ocean, it is an area with one of the highest wave energy potentials in Europe with an average significant wave height of 2 – 3 metres, but reaching extremes of up to 18m (the highest wave recorded by EMEC so far).

The site consists of five cabled test berths in up to 70m water depth (four at 50m, one deeper), located approximately 2km offshore and 0.5km apart. In addition to this, a near shore berth is situated closer to the substation for shallow water projects.

The five 11kv subsea cables feed into the EMEC substation which houses the main switchgear, backup generator and communications room, and has been carefully designed to minimise visual impact. These cables feed the electricity generated by the wave energy converters testing on site directly into the national grid.

Three waverider buoys are located on site measuring the wave height, period and direction, and a purpose-built weather station provides real-time met data for the site. This data is fed into a sophisticated SCADA (Supervisory, Control and Data Acquisition) system, with live data feeds on the wave and met conditions available to view on our website.

The test site berths are monitored by CCTV situated at our observations point at the Black Craig – a former coastguard lookout station which has been converted to house powerful cameras for monitoring the activity out at sea. This is controlle 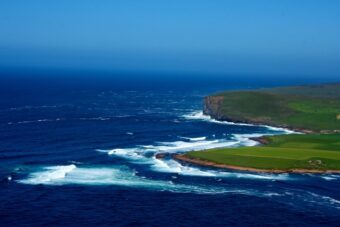 Enter the email address to reset your password we will send you link for confirmation at your email.